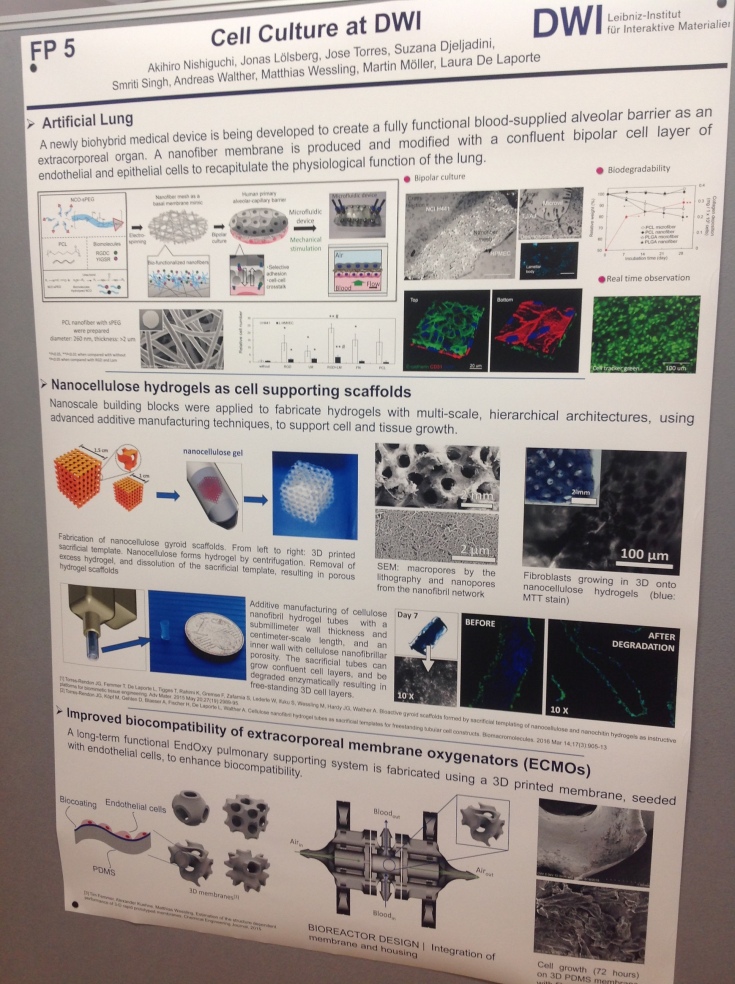 Bit of a late post but better late then never. In April I went to the 3F talks: Functional Films and Fibres. Speakers included James Tarrier from Adidas R&D, Negar Kalantar from TransLAB /US, Karen Deleersnyder from CENTEXBEL, Philipp Huber  Institut für Textiltechnik (ITA) Aachen University and many others

The topics ranged from, the future speed factories in development at Adidas, to 3D printing on top of textiles, to 3D non-wovens and every form of 3D printing and additive manufacturing available. The institute of textile technology in Aachen also presented their 3D knitting, braiding and weaving capabilities and I was even able to have a short tour of their facilities, which were in one word: AMAZING. ITA has very advanced textile testing production and characterization equipment. To mention a few: 3D braiding machines, multi-axial reinforced layer weft knit fabric production, tubular fabrics for stents and spacers, software development and modelling of textile structures a mini carbon fibre plant and many others.

Another interesting development for the ArcInTex ETN are the Adidas speed factories which aim to bring customization of shoes closer to the customer. The first such facility where all the newest production methods, including 3D printing, TPU pellet foam production, body scanning and research into color/aesthetic decoration through material properties, is set to open this year in Germany. 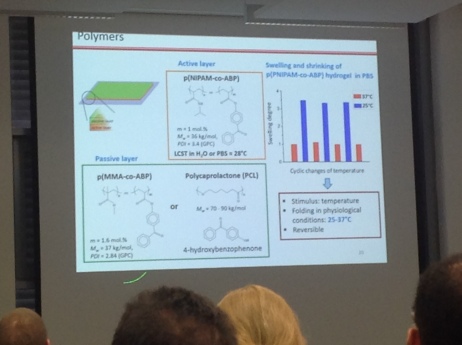 Leonid Ionov from the University of Georgia also presented interesting new research with potential applications in smart textiles. Using polycarpolactone and gelatine films layered on top of each other they were able to produce highly programmable temperature triggered polymer origami structures that self-fold. They are currently developing a bi-layered yarn with similar properties. 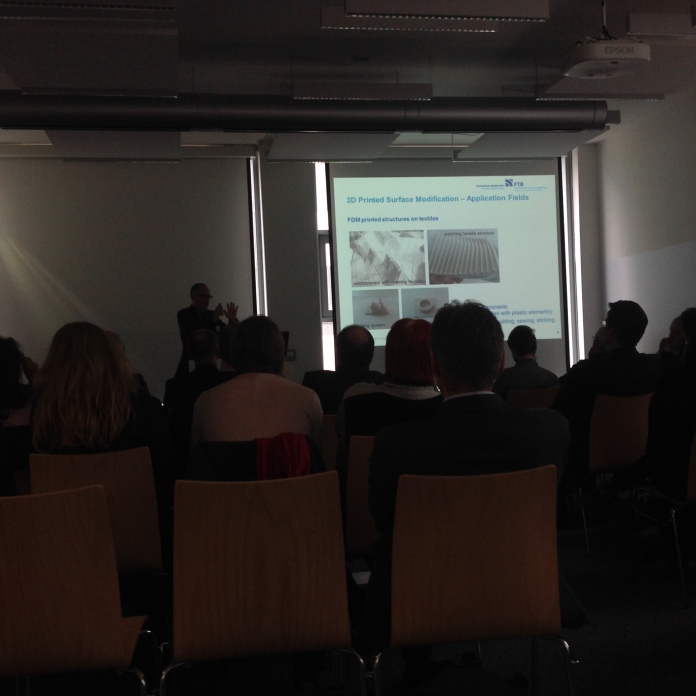 In TU Dresden, work is under way on a new Net Shape Nonwoven (NSN) method which has the potential to process short fibres in a range of 0.5 mm to 4 mm into three-dimensional structures of arbitrary geometry. methods to align discontinuous fibres in additive mixtures to increase the strength of “printed” materials. An innovative approach TUD are investigating is to coat the fibres with metallic ions and use a magnetic field during production to orientate the fibres.

New for me was also the concept of continuous liquid interface production  (Clip) with diffusion of oxygen 3D printing technique introduced at the conference by Fraunhofer-Institute fur Lasertechnik ILT. Here a light with specific wavelength is used to activate a photo initiator which jump-starts a polymerization reaction. The reaction proceeds in an oxygen free environment and is stopped at the addition of air. This technique is much faster than conventional 3D printing and it leaves not traces of layers.

Karen Deleersnyder from CENTEXBEL presented their research on 3D printing on textiles.  With applications in garment individualised smart and functional textiles, they are busy expanding the 3D printing materials for better adhesion, better washability, less shrinkage and printing on a larger variety of textile substrates.

I am a chemist/material scientist with a fascination and passion for design and fashion. I am a driven and creative person with a hands-on mentality and some experience with polymers, organic synthesis and coatings/formulation. I'm quite sociable and enjoy working with people from all backgrounds and disciplines. I also have a creative side, I have been sketching fashion designs since I was very young and I'm interested in learning how to execute them better. Additionally. I have dabbled in graphic design, as a freelancer. My dream is to combine chemistry and fashion together and synthesize beautiful textiles and garments.