Troy had the unique opportunity to work with Dr. Jacqueline Naismith of the College of Creative Arts Toi Rauwharang. Together we made space suits imagining what a public park in space might be like. 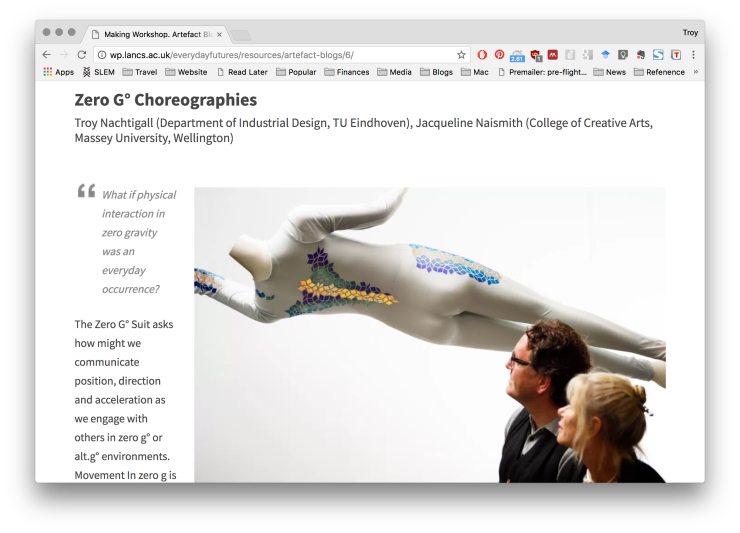 The resulting publication is available at http://wp.lancs.ac.uk/everydayfutures/resources/artefact-blogs/6/  and reprinted here: